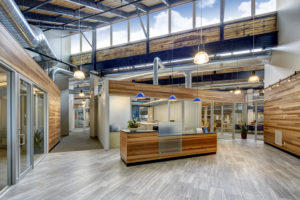 MacKnight Architects LLP was asked take the former Nabisco Bakery and position it for a new headquarters for the OneGroup. The high visibility and location of the building made it imperative that this would serve as the eastern portal to the Inner Harbor / Franklin Square areas. The building had suffered many years of neglect but the bones were good. Outside of the decaying building envelope, the structure, high floor to ceiling spaces, and clerestory light monitors offered design opportunities. The entire building was cleaned out and a portion selectively removed to create room for parking. Some of the design features include exterior courtyards, addition of mezzanine spaces below the clerestory windows, a 50 watt solar array, LED lighting with daylight sensors, a terracotta rain-screen facade, a cafe, and state of the art energy management system. The building received the 2017 AIA Design Award for Adaptive Reuse. 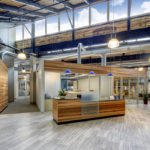 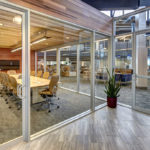 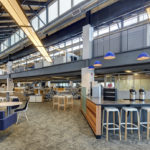 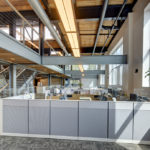 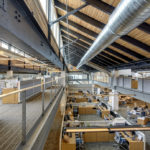 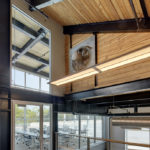 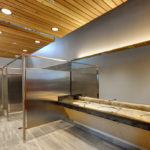 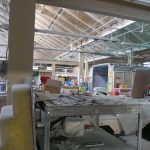 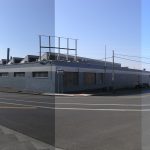 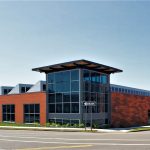